Vancouver-based Big Bad Boo Studios founder Shabnam Rezaei remembers the first time she decided to get into the animation business. “It was shortly after 9/11, and at the time, I worked on Wall Street as a computer software engineer developing software for banks,” she recalls. “I used to live across the street from the Twin Towers. Not only did the event leave me in complete shock, but the subsequent rhetoric that demonized all Iranians as terrorists made me reevaluate my mission in life. I decided to do something that has a positive effect on future generations, to educate them in a meaningful way, to create world citizens who are cosmopolitan and compassionate.”

Soon after, Rezaei and her husband Aly Jetha founded the studio and went on to produce their first children’s animated show, Mixed Nutz, which aired on PBS stations in the U.S. Over the past decade, Big Bad Boo also launched successful toons such as 1001 Nights, 16 Hudson and The Bravest Knight, all of which were lauded for their multicultural themes and inclusive cast of characters. This month, the second season of 16 Hudson continues Rezaei and her team’s bold mission of delivering socially relevant content that represents a diverse society for its family audiences. 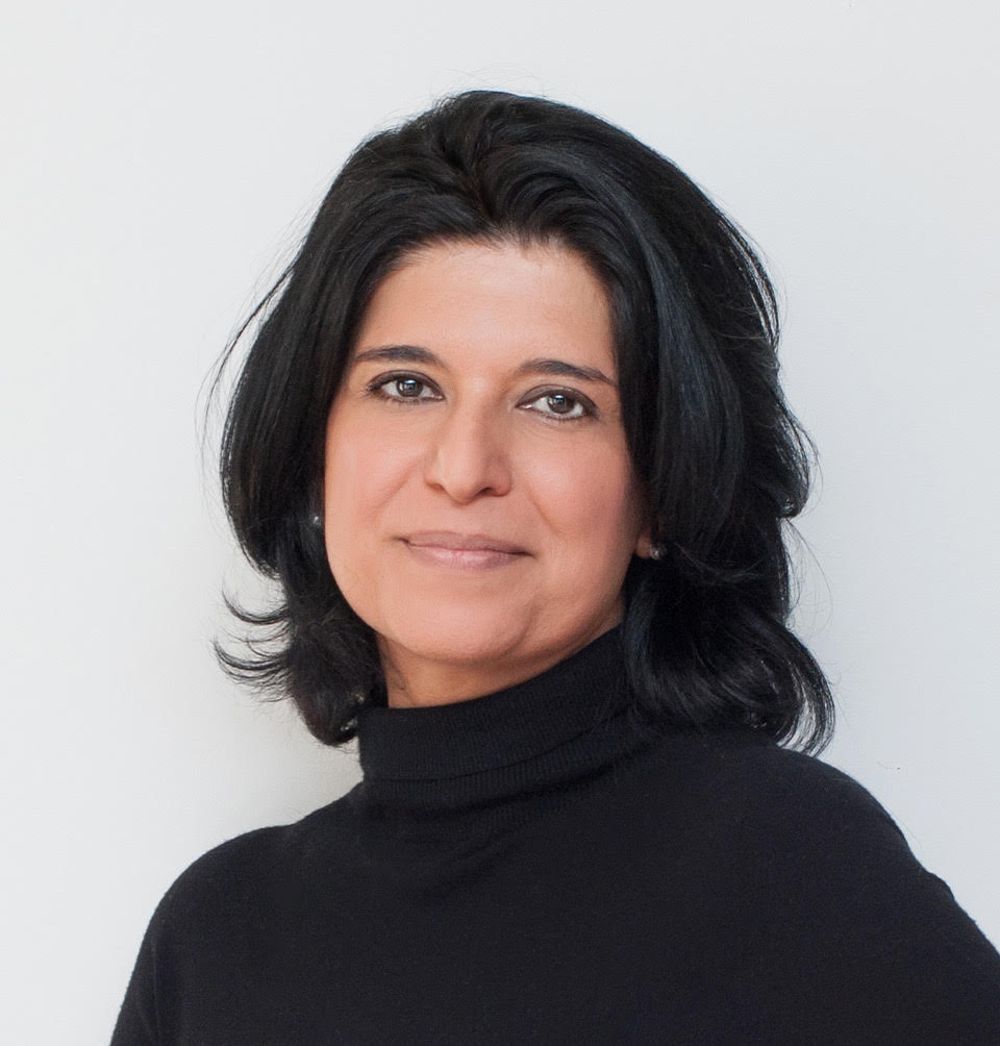 “The second season of the show brings lots of new adventures and comedy with our main cast Lili, Sam, Amala, Luc and Eddie, and three new holiday specials highlighting Christmas, the celebration of an Eagle feather and the Moon Festival,” says Rezaei. “In addition, we introduce a new family, the Garmianys, with a six-episode arc. The Garmianys are a refugee family who arrive to 16 Hudson from Kurdistan. The 16 Hudson gang welcome Ray and Rona, get to know them and see the world through their eyes and understand what it’s like to be in a new place. There are of course good and bad things about a move, including all the challenges they face and in turn all the value they add to the 16 Hudson building with their skills.”

A Tale of Three Cities

The 39 x 7 show is a huge collaborative effort between the teams in Toronto, Vancouver and New York City. “Our writing rooms start in Toronto, led by John May and Suzanne Bolch, and we hire anywhere between eight to 10 writers, who will reflect the backgrounds of our series mains such as Iran, China, India and the Philippines,” notes Rezaei. “This writing approval process takes in notes from broadcasters TVO Kids and SRC Radio-Canada and approvals from cultural and educational advisors, led by Sarah Fewson.” 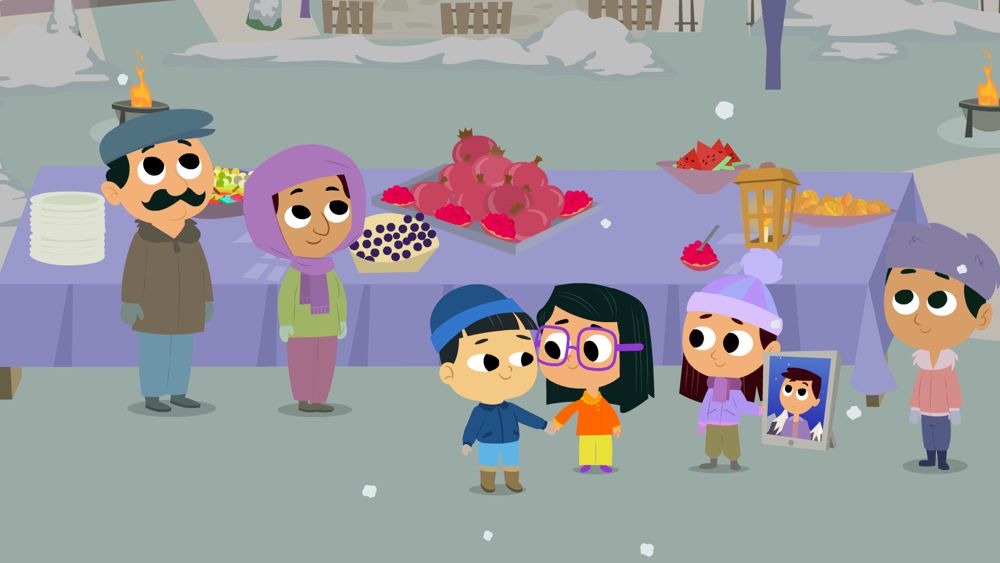 Once the scripts are completed, the Vancouver-based production team, led by VP of Production Paddy Gillen, takes over. That’s where the designs, model builds, auditions, casting, voice records as well as storyboarding, animation and post production take place. “The entire process is overseen by senior creatives in New York,” says Rezaei. “As with any animated series, it is a very involved process: Over 100 people work behind the scenes to bring 16 Hudson to life.”

The animation team uses a variety of software products to make the series. According to the producers, this includes Microsoft Office, Final Draft, a suite of Adobe products for sketching, designs and boards; Toon Boom occasionally for boards or effects; and mainly Adobe Animate for animation. Of course, like all global animation projects, the production was impacted by the COVID-19 pandemic last year. Rezaei says she was most concerned with the team’s health from the earliest days of the pandemic so she sent employees home even earlier than the lockdown. “It took us some time to get used to the work-from-home model and there are certainly inefficiencies in the model, but luckily animation is one of the few industries in media where we were able to continue work,” she explains. “We are mindful of people who have to handle multiple situations at home or who have had to deal with sickness or death in their families and for those reasons, we have slowed down. We have a fantastic team and great partners and we are very grateful for that.” 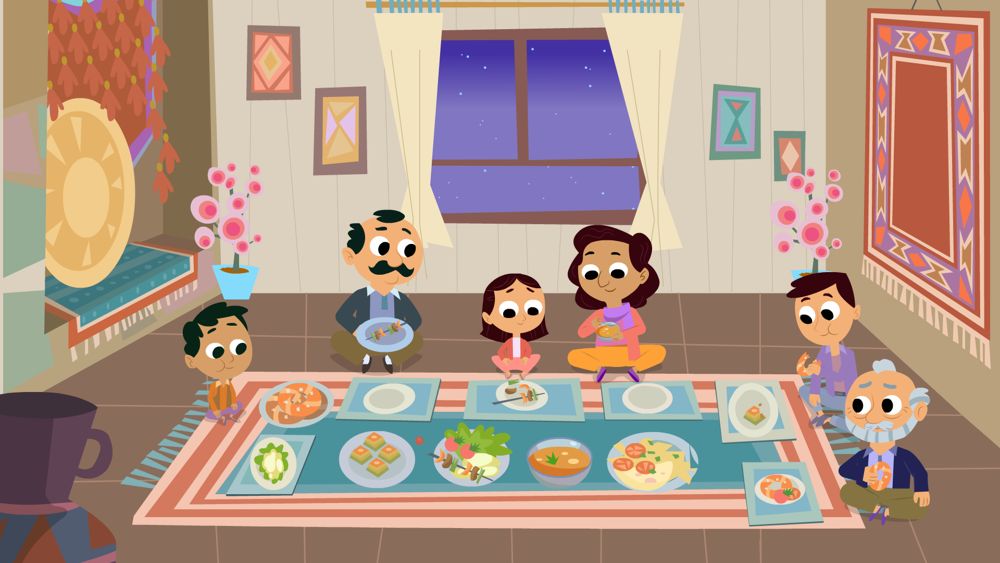 When it comes to providing inclusive content, Rezaei says from the beginning, her goal was to create shows that better represent real life. “We started with our story (being Iranian) and that was labeled as ‘diverse,’ but for us, we were being authentic and telling our story,” she explains. “In producing these types of stories, our hope was and remains that these shows would not be labeled as ‘niche’ just because they didn’t feature a majority white cast or a white lead. We set out to make content without labels that could just be the norm — content that is telling so many stories that have not yet been told and content that is aware that the world is made up of more than just straight white males.”

Over the past decade, the studio has made a lot of strides in redefining what diversity really means in children’s entertainment and has also made a remarkable effort in giving back to the community and the world at large. First, creating inclusive content is done by forming gender-balanced writing teams and production crews and making sure that the stories we tell are being crafted by those who have firsthand knowledge of the experiences we depict onscreen,” notes Rezaei. “You can’t have a truly inclusive show if you are not willing to put in the work behind the scenes. Second, we have started workshops for young BIPOC talent to change the color of the industry from the inside out so we can amplify more voices and achieve better balance.” 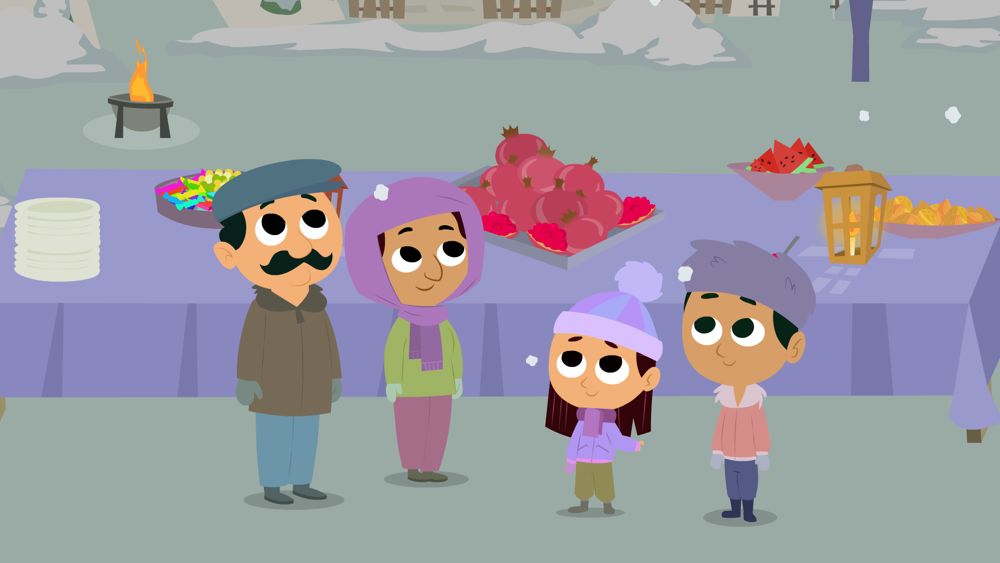 Giving Back, Reaching Out

In addition, Big Bad Boo has an international development branch that works with UNICEF, Save the Children, USAID and other organizations to provide education through entertainment to children in conflict settings around the world. This effort is championed by Jetha, Rezaei’s husband and studio co-founder who received the U.N. WISE Award for his efforts in 2018. “We have developed educational curricula that accompany our existing shows and are implemented in both formal and informal educational settings,” adds Rezaei. “These programs provide psycho-social support and teach important values like inclusion, empathy, gender equity and more. We view this work as yet another way we can entertain children while also educating them and giving them the tools they need in their own social-emotional development.”

Rezaei says it has been gratifying to see a significant increase in interest in diverse storytelling on behalf of western countries’ broadcasters. “That is exciting because the West will eventually influence the creative of the East,” says the producer. “Overall though, the animated TV landscape is much more colorful and inclusive than when we first started out. Now you see a greater push to highlight underrepresented cultures as well as an embrace of the LGBTQ+ community, but there’s still a long way to go. We need to keep being deliberate about the types of stories we tell and who we spotlight. We also need to put a greater emphasis on creating parity in the highest levels of the industry to ensure that this is not just a fad but a sustained movement to create richer television.” 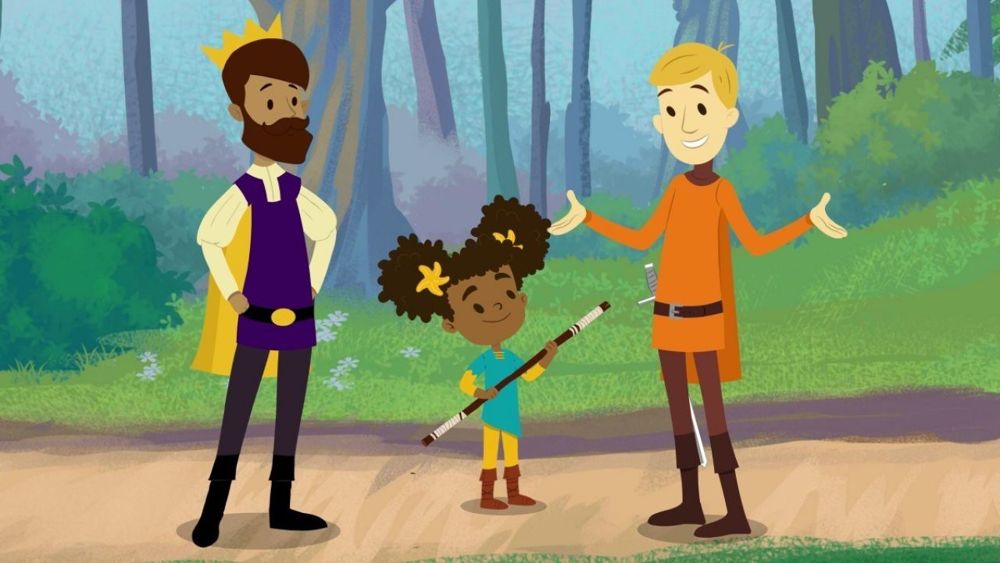 Rezaei says some of the best reactions she has received have been from LGBTQ+ parents watching shows like 16 Hudson or The Bravest Knight. “They thank us for creating shows with families that look like theirs,” she says. “It’s something a lot of people take for granted, but means the world to those who have been ignored by the media for years.”

And what kind of advice does she offer content creators who want to take a step in the right direction? “Work with people who are dedicated to cultivating talent from diverse backgrounds,” Rezaei notes. “Participate in BIPOC industry workshops to form connections with people from different backgrounds and at different stages in their careers. You might find the right mentor or collaborator there. If you are in a position of power advocate for diverse and gender-balanced hires and keep this as a plus for the business. It takes time, effort and resources but it also leads to richer stories. More importantly, be authentic to who you are and what your mind and heart drives you to and don’t give up.”